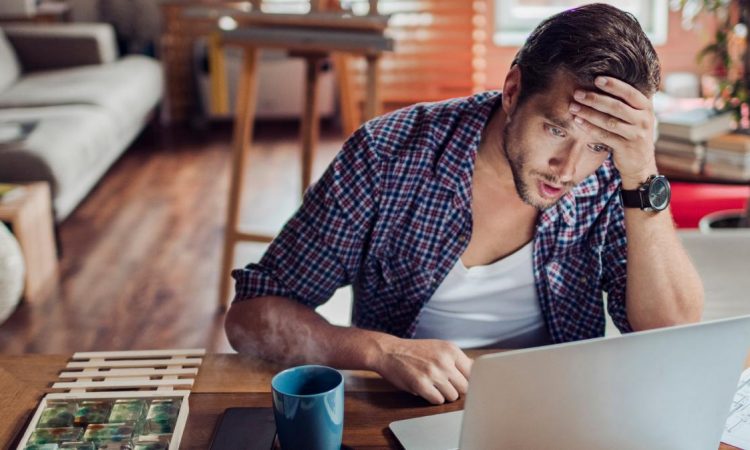 Henrietta Bowden-Jones recently took a phone call from a desperate young man who was sitting in his car with a knife in his hand and a rope around his neck. He wanted to kill himself because he saw no escape from his ruinous addiction to gambling. She spent 40 minutes talking to him, keeping him alive, before eventually persuading him to come to the problem gambling clinic that she runs in Fulham, west London.

For the past decade it has been the mission of Bowden-Jones, a consultant psychiatrist and specialist in this field, to ensure that problem gambling is considered like any other addiction and to offer therapies for it. If you doubt how serious, life-wrecking and distressing pathological gambling’s effects are (and it doesn’t seem to evoke sympathy in the way that, say, alcoholism does), you need only to listen to some of the stories that Bowden-Jones hears at the NHS National Problem Gambling Clinic, the only one of its kind in the UK.

Families lose their homes and children have to move schools, often many times; people gamble away every penny, lose contact with their children and rely on soup kitchens to eat; parents take their child’s pocket money thinking they can quadruple it.

Because of the explosion in online gambling, which can continue round the clock, people no longer have to get out of bed to squander a week’s pay. This has made it more attractive for women to gamble in their own homes, although the vast majority of problem gamblers Bowden-Jones sees — about nine in ten — are men.

Studies indicate that there are about 300,000 pathological gamblers in Britain. Bowden-Jones set up the clinic in 2008 and it now treats about 900 people a year. The youngest person the clinic has seen was 16 and the oldest 79. She is passionate about her work and has great affection for her patients; they are, she says, generally lovely people who feel huge remorse for their compulsive actions. “People say I’m too soft, but I truly believe they are pathological optimists,” she says. “That’s why I never tire of treating them.”

The back stories of the patients vary. Many suffered early life traumas, such as the loss of a parent or abuse, and turned to gambling as an escape, an immersive experience during which they think about nothing else. Some people started visiting arcades when they were young to avoid abuse at home because it was somewhere warm and safe to go. Often there was a relative who was also a problem gambler.

Poignantly, there are also the children of pathological gamblers, now grown up, whose only moments of intense bonding with their parents occurred during gambling episodes. Those parents might now be dead, but, as Bowden-Jones says, “they can’t let go of the gambling because if they do they are letting go of the parent. I see this a lot. It’s very painful.”

A significant number of problem gamblers are City traders or those working in financial services who are excited by money. Might they also be more desensitised to money risk? “It’s a difficult question to answer,” says Bowden-Jones. Many traders are hugely successful in their jobs; the problem occurs only if someone is predisposed to pathological gambling and ends up in a trading job. She says this may then open up their neural pathways and set people on a path to chasing their losses, “using their emotions rather than critical thinking”.

Most compulsive gamblers have a distorted sense of their chances of winning. Some of the most interesting cases she has seen are traders who don’t lose money for their banks, but who owe hundreds of thousands of pounds on their personal accounts.

“People say that when it’s the bank’s money they are not involved emotionally, they can hold their critical thinking, but when it’s their money emotions come into play.” This is when they start making the wrong choices. Sometimes she has to tell such people to quit their jobs because it is not a good environment for them to work in.

She discourages talking about sums. Losing £50 for a person who has nothing and cannot then pay the rent is as catastrophic to them as losing £1 million is to a rich person. Percentages of income gambled are more meaningful. (Wayne Rooney recently lost £500,000 in two hours at a Manchester casino, but as a percentage of his wealth that’s hardly disastrous.)

If you are a student, as 22-year-old Daniel was when his problem began, smaller sums matter hugely. He first got into it at school, playing blackjack in class when he was bored, then betting a pound with friends on who would be first goal scorer in football matches. At 16 he and a friend obtained fake ID and went into Ladbrokes. He remembers he bet on a horse and it won. He bet on another and it also won.

However, gambling didn’t become a problem until he left boarding school, where he had had a busy timetable, and went to university. Suddenly he had much more time on his hands and found himself increasingly gambling, sometimes in bookies, more often on his phone. “I’d sit in lectures betting on my phone,” he says. “If I had ten minutes to wait for something, I’d bet. If I didn’t have any lectures, I’d bet on horses all day.”

On one occasion he lost £1,000 in a day and spent two days in bed, distraught. Much of his student loan was frittered away. Daniel says that while his friends would have the self-discipline to stop, he didn’t. He estimates that he has lost about £15,000.

Gambling, he says, has become a normal part of the culture. If you stop for a while, you receive emails offering a free bet to lure you back. To some that’s irresistible. Most people probably understand the urge to have a drink, but gambling less so. “It’s like you go into another world,” says Daniel. “A zone where everything else gets erased from your mind; you become a different person.”

While at university he got a job in a bookies. Did that make things worse? “No, because I don’t think it could have got any worse,” he says. “At least it gave me a routine. Addiction takes over your life, it shrinks down and focuses only on the gambling.”

Eventually his parents found out and he spent some time in the Priory, funded by his father’s private health insurance. They knew he liked a flutter, but had no idea of the extent of the problem. “It’s difficult for them,” says Daniel. “If someone gets a cold, you know how they feel because you’ve had it yourself, but with this addiction, until you’ve had it, you don’t know what it’s like.”

He says the help he is receiving at the clinic, especially the cognitive behavioural therapy, is enormously helpful. At the time of speaking to him he hadn’t gambled for two weeks. One strategy the clinic is trying is asking clients to switch from smartphones to old-fashioned models to remove temptation. Bowden-Jones tells them: “A gambling addict having a phone in their pocket is like me trying to treat an alcoholic with a bottle of vodka in their pocket.”

They also have to leave credit cards at home and take only enough money for their lunch, but then some simply gamble their lunch money. “The last person I saw I wanted to give a sandwich to because he hadn’t eaten since yesterday,” she says.

Michael, 19, who is also a student, sought help “as a precaution” when he felt his habit getting out of hand. He had been seriously gambling for about a year and once lost £1,000 in a weekend. He believes it is rooted in a growing culture of trying to get rich fast. “People want money quickly, they want a shortcut,” he says. When he won he rewarded himself with “materialistic things”.

I’d wake up and my first thought was, ‘How can I make money?’

He started gambling in sixth form on football. Simply watching football for pleasure seemed a waste of time when he could be making money. “I’d wake up and my first thought was, ‘How can I make money?’ I’d do research into teams’ form . . . it was very time-consuming.” He had several accounts on the go at once.

Like Daniel, he was never a problem drinker or drug taker: the high came from betting. “When you win you’re on top of the world,” he says. “There is anticipation, optimism, you are [living] on your nerves. I would bet on different leagues from midday to 10pm and you are constantly on edge. It’s a psychological drug.”

He consulted a counsellor at his university and is being helped by the clinic. He has closed all his accounts, hasn’t bet for three months and is convinced he never will again.

Bowden-Jones has been trialling the use of naltrexone, a drug that suppresses cravings and is often given to alcoholics and heroin addicts. For gamblers it’s a last resort when other therapies have failed. It was the promise of this drug that enabled her to persuade the man in the car who wanted to kill himself to come in and try it. He is no longer suicidal. The drug is proving successful and is now part of the treatment.

“What we are excited about is we have seen an incredible lowering on measures of craving,” she says. When she was training as an addiction psychiatrist no one mentioned gambling, but for the current generation this is changing. “We have reached a new era,” she says. “But it has taken almost ten years.”

For someone who has ended up owing 20 times their annual salary, this sort of help can’t come soon enough.