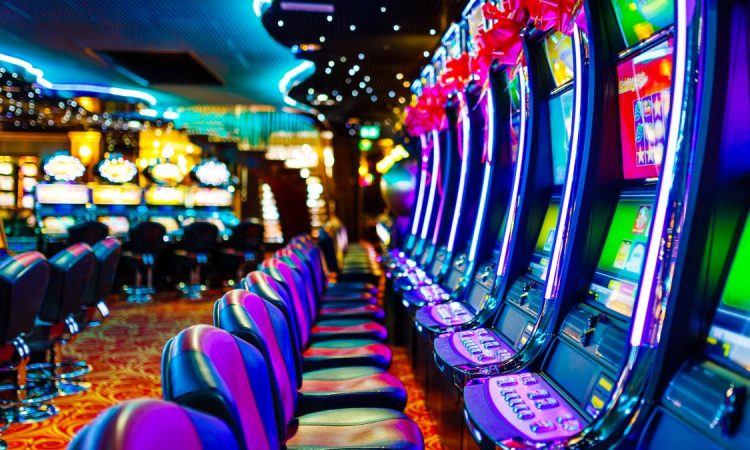 In 1996 Vinnie Jones said that “Winning doesn’t really matter, as long as you win.”

Philosophers might argue about the meaning of that dictum, but in Queens, New York, Katrina Bookman and her lawyer would probably salute its gist. Ms Bookman was playing a penny-slot machine at Resorts World Casino in August when the screen displayed a message that read: “Printing Cash Ticket. $42,949,642.76.”

Ms Bookman, a mother of four, said later: “My body went numb.” She took a selfie next to the screen’s message while soaring with euphoria. She had been living in challenging financial circumstances when she read the message of her forthcoming fortune.

When Ms Bookman tried to collect her winnings, however, the casino declined to pay. She was escorted from the floor by security personnel and later told there had been a machine “malfunction”. The casino said it was sorry for any “inconvenience” that Ms Bookman had suffered and offered her a complimentary steak dinner. Ms Bookman declined that dish-out.

The casino probably thought that an investigation by the New York State Gaming Commission would be a safe bet, and that proved correct. The commission declared that the machine’s payout message was “a display malfunction” and noted that, in any event, the machine’s maximum payout is $6,500.

The Gaming Commission told the casino that it cannot legally pay Ms Bookman even $6,500 because a malfunction voids all plays under state law. There are, however, no rules preventing the casino from offering Ms Bookman a sum of money to resolve the situation.

All machines in the casino manifest a notice that says: “Malfunctions void all pays and plays.” Mindful of that, Alan Ripka, Ms Bookman’s lawyer, has pointed out that one consequence of the casino admitting that the machine on which his client played was broken is that an unknown number of earlier customers who played on that machine would have been putting their money into a defective apparatus.

With the stakes high, and unresolvable with steaks, it remains to be seen whether the casino will make an improved offer for settlement or whether it will gamble on a court hearing.

Across the world, courts have occasionally encountered odd cases in which a litigant has won something less spectacular than they had expected. Cathy McGowan was ecstatic when a DJ on Radio Buxton in Derbyshire announced that she had correctly answered a quiz question and had won the competition prize — a Renault Clio. Elation collapsed into dejection, however, when she arrived at the radio station and was presented with a four-inch model of the car. Judge James Orrell ordered the company to pay £8,000 for the real vehicle, noting that a transcript of the broadcast showed “there was not even a hint that the car would be a toy”.

In 1971 Hunter S Thompson wrote that “luck is always important, especially in Las Vegas”. However, fortune did not favour Mark Allen Johnston in that city in 2014 when he lost $500,000 at a casino during a 17-hour drink-fuelled gambling spree. When he revived, some days later, and realised how badly his chips were down, Mr Johnston fancied his chances of winning a lawsuit against the casino, blaming it for allowing him to gamble while drunk. Nevada law prohibits “permitting persons who are visibly intoxicated to participate in gaming activity”.

Mr Johnston’s lawsuit fell into abeyance when his lawyer withdrew from the case. Since then, the odds on Mr Johnston triumphing have worsened as he has been indicted on charges of theft and passing bad cheques in respect of $500,000 worth of chips he got from the casino.

In Japan in 2014 a gambler claimed that his losing bets on horse races were a “business expense” deductible from his winnings. He won 7.84 billion yen but lost 7.27 billion yen in the process. He sued the Sapporo taxation bureau when it declined to certify the losing stubs as business expenses, but his legal bill turned out to be another losing stub.

One element in that drama is reflected in a remark of the French writer Tristan Bernard, who died in 1947. Wearing a new yachting cap and walking along the promenade at a seaside resort with a grand casino, Bernard met a friend. When his friend admired the cap, Bernard explained that he had bought it with his winnings from the casino.