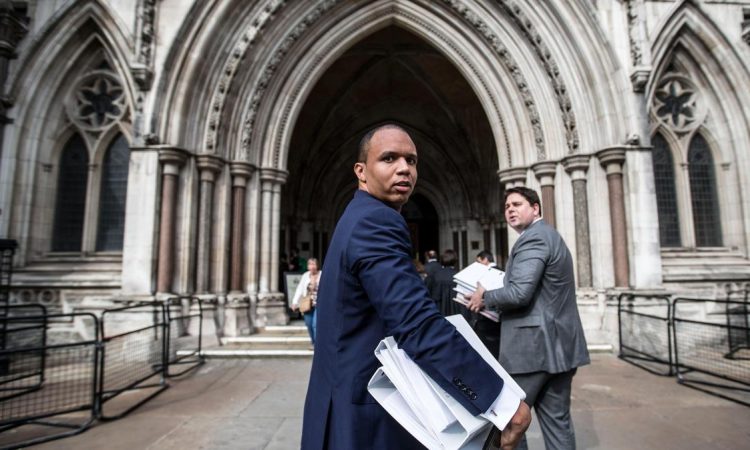 A poker player has lost a high-stakes gamble in Britain’s highest court over £7.7 million that he claims he won fairly.

Phil Ivey, 40, an American known as the “Tiger Woods of poker”, has been fighting to recover the money after winning at Punto Banco, a version of baccarat, at Crockfords club in Mayfair, London, in 2012.

Yesterday, five Supreme Court justices unanimously upheld the majority decision of the Court of Appeal, which dismissed his case on the grounds that dishonesty was not a necessary element of cheating.

The ruling means that a player can be guilty of cheating without the player knowingly being dishonest or intending to deceive.

Criminal law experts said that the judgment was one of the most significant in a generation. Stephen Parkinson, head of criminal litigation at Kingsley Napley, said its impact would be felt across a range of offences. Juries, he said, would no longer have to find that an offender himself thought he had behaved dishonestly.

He added: “For 35 years juries have been told that defendants will only be guilty if the conduct complained of was dishonest by the standards of ordinary reasonable and honest people. However, they also had to find that the offender must have realised that ordinary honest people would regard their behaviour as dishonest.

“The Supreme Court has now said that this second limb of the test does not represent the law.”

The technique used by Mr Ivey, edge sorting, involves identifying small differences in the pattern on the reverse of cards and exploiting that information to increase the chances of winning.

Mr Ivey did not personally touch any cards, but persuaded the croupier to rotate the most valuable cards by saying he was superstitious.

At the Court of Appeal, Lady Justice Arden said the Gambling Act 2005 states that someone may cheat “without dishonesty or intention to deceive; depending on the circumstances it may be enough that he simply interferes with the process of the game”.

There was no doubt, she added, that the actions of Mr Ivey and another gambler, Cheung Yin Sun, interfered with how Crockfords played baccarat with Mr Ivey and constituted cheating.

Mr Ivey argued that he only exploited the casino’s failure to protect itself against a player of his ability.

In the Supreme Court, Lord Hughes of Ombersley said it was an essential element of baccarat that the game was one of pure chance. He added: “What Mr Ivey did was to stage a carefully planned and executed sting.

“If he had surreptitiously gained access to the shoe [a device that holds multiple decks of playing cards] and rearranged the cards physically himself, no one would begin to doubt that he was cheating.”

Mr Ivey did much more than observe, Lord Hughes said, adding that he took “positive steps to fix the deck”.

Mr Ivey said after the ruling: “It makes no sense that the Supreme Court has ruled against me, in my view, contrary to the facts and any possible logic involved in our industry.”

Paul Willcock, of Genting UK, said: “[The ruling confirms] that we acted fairly and properly at all times and that Mr Ivey’s conduct did indeed amount to cheating.”

Audrey Ferrie, of the law firm Pinsent Masons said: “Today’s judgment has shown that there is no such thing as ‘honest cheating’.”