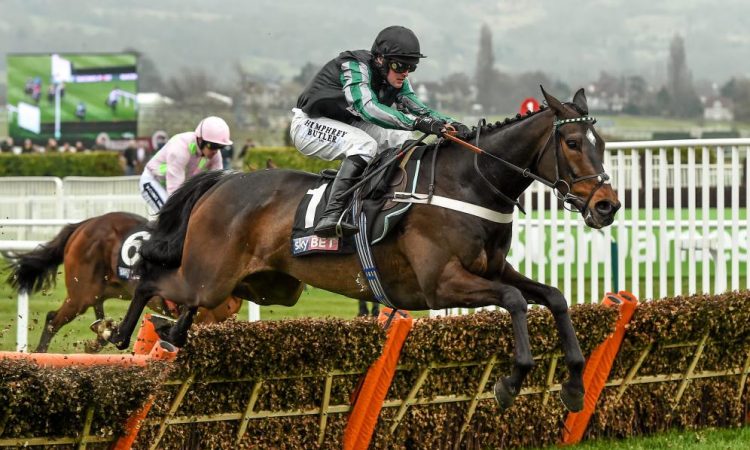 t is difficult to imagine Nick Rust, the chief executive of the British Horseracing Authority, as a Harold MacMillan-type figure. But there is a link. MacMillan talked about a wind of change when addressing the South African parliament about proposed independence for British colonies in the 1960s.

Rust, in his own way, is ushering in a wind of change through racing in this country. It may not be to everyone’s liking but the role of regulator is not to win an industry popularity contest. It is to demonstrate decisive leadership, be aware of the needs of the sport as they affect its many stake holders, and act accordingly. It may not always get it right, and there have been instances where it clearly has not, but on the subject of windpipe operations, and the insistence that from January next year trainers will have to reveal when a horse is racing for the first time following breathing surgery, it has hit the mark.

From January 19 the data will be available on race cards to help punters. The letters ‘WS’ will appear against a horse’s name. This will show the horse concerned has undergone new wind surgery since his or her previous appearance.

“The sport’s betting customers, and potential customers, are at the heart of this development,” Jamie Stier, the BHA’s chief regulatory officer, said. “It is simply essential the sport is seen to be open, fair and transparent. In a modern world, information which may have an impact on a horse’s performance should be available to all, not only those who are close to the horse in question.”

Punters and those who represent them were delighted. As they point out if a horse is gelded that has to be made known. So why not a wind operation, the benefits of which may yet be only anecdotal? Part of the rationale behind the new initiative is also to collect data to analyse in time whether there is indeed scientific proof behind the belief that the routine procedure does actually have a material impact on a horse’s performance. The sense is it does but not for all.

Paul Nicholls, for one, routinely has the operation carried out on most of his horses and makes no secret of it. Others are less open. And the National Trainers’ Federation said it felt the announcement should have been prefaced by more research saying reliable data as essential. In choosing to ignore the opportunity of an evidence-based approach, the National Trainers Federation said the BHA was guilty of “poor regulation”. Breeders are concerned that commercial values of certain race horses and stallions will be affected.

It also says it will be impossible to effectively police the new rule indicating that some types of surgery cannot be detected post operation.

Assumptions on the impact of the surgery on the horse’s form should rest entirely with the betting customerDavid Sykes, BHA director of equine health and welfare

The BHA weighed up all the evidence it could before announcing the ruling, which comes less than a week since Nicky Henderson revealed Altior would require the procedure which was carried out last Thursday.

David Sykes, BHA director of equine health and welfare, said: “We are aware of the view that information about wind operations being made public may have an impact on bloodstock values. However, we place the importance of openness and transparency above this commercial interest.” He said however that punters could either win or lose if thinking improvement following surgery is guaranteed. “Assumptions on the impact of the surgery on the horse’s form should rest entirely with the betting customer,” he said.

Robin Mounsey the BHA’s head of media added: “The spirit of what we’re trying to achieve is to benefit, inform and assist the betting customer.”

In that assertion he was supported by the Horseracing Bettors Forum. Simon Rowlands, its chairman said: “HBF welcomes this initiative by the BHA and the decisive way in which it has responded to requests for wind-operation data from a section of the British horseracing public surveyed by HBF.

“The requirements asked of the sport’s professionals for declaring wind operations and the procedures involved in exposing the resulting information to the public seem reasonable and pragmatic. HBF looks forward to discovering, along with the wider public, the value that exists in this data once it starts to be published.”