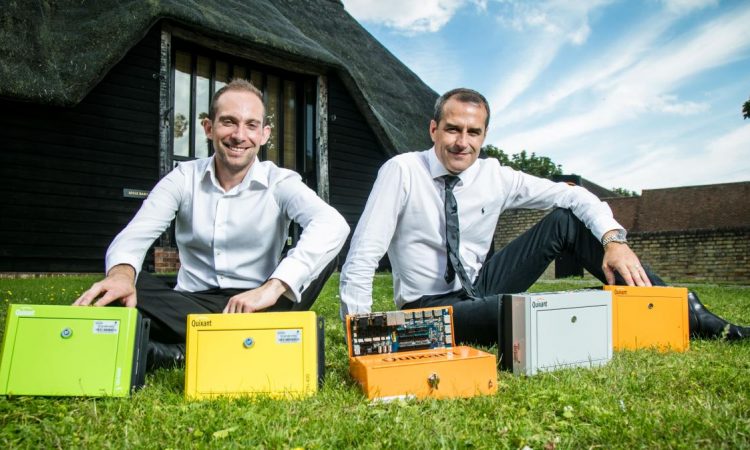 It was an undoubted gamble when the founders of Quixant, which makes software and hardware for slot machines, left their jobs in 2005 to produce technology products for the gaming industry, but their big bet, that they could persuade manufacturers to outsource specialist functions, is paying off. This week the company announced trading results for the first half that were better than expected.

On course for 14 per cent revenue growth for 2017 and with its shares up 20 per cent this year to 420p, nearly nine times their flotation price of 46p in May 2013, the Aim-listed company has thus joined a growing list of low-profile British technology pioneers that have carved out a strong positions in niche markets and piqued the interest of overseas investors.

Quixant makes the computer operating systems that games run on that ensure that they comply with the strict demands of regulators. Housed in black boxes slotted into the back of gaming machines, the software can be customised at a flick of a switch to meet the regulations of different territories worldwide.

“It’s this combination of two things [software and hardware] that is really valuable,” Jon Jayal, Quixant’s chief operating officer and one of four founders, said.

Based in a barn in rural Cambridgeshire, Quixant employs 190 people around the world, manufactures in Taiwan and has captured nearly a tenth of the global market for all-in-one global gaming platforms. In 2014 it added a new revenue stream and started to make monitors, rightly believing that its gaming platform customers would value the ability to buy screens, which are subject to the same strict regulatory requirement as gaming platforms, from a vendor they already trusted.

Mr Jayal seems unconcerned about a possible clampdown on fixed-odds betting terminals in Britain amid concerns, disputed by bookmakers, that they are addictive and socially harmful. This is partly because the UK is only a small part of the company’s business. He acknowledges that punters “can get into a lot of trouble”, but argues that in regulated markets with strict rules on issues such as payout ratios Quixant is there to ensure compliance.

For Mr Jayal and his colleagues, the strongest sign of success was when their customers started to quote their sales pitch back at them, namely that gaming machine makers should focus on what they did best — developing new games — while Quixant developed the customisable computer platforms around them.

Quixant is no overnight success. Its founders bootstrapped the company with £250,000 of savings, with help from friends and family. They worked for no pay for long stretches and it was two years before they won their first customer, Ainsworth, an Australian gaming machine maker. Although the business now has 180 customers, it still depends on Ainsworth for a worryingly high 22 per cent of its revenue.

Mr Jayal left in 2006 to work as an investment consultant, but remained closely involved, providing the remaining founders with insights from the City. He rejoined in 2012 to help Quixant through its flotation.

The float was crucial, he said, not to raise money (the business is fairly cash-generative) but to gain credibility with customers, which might be nervous of giving critical contracts containing regulatory functions to a private company. He says that the founders are working hard to retain its fiercely collaborative culture. Even though Nick Jarmany, the chief executive, is on medical leave, he is actively involved in decisions.

Having established Quixant in the casino gaming world, the founders decided in 2015 that they needed to diversify and they bought Densitron, their previous employer and a maker of electronic screens for use in hospitals or factories. They paid £7.7 million in cash for the business. “It was a company that we knew. We knew the good and the bad about it.” Mr Jayal and his colleagues believe that there is potential to increase the intellectual property in Densitron’s products.

Doesn’t the company’s success make it vulnerable to takeover? Mr Jayal insists that its owners want to stay in control: “When we were smaller, we were much more vulnerable. We would be relatively expensive to buy now.”

Not everyone agrees. James Wood, an analyst at Canaccord Genuity, which initiated coverage of Quixant this week with a “buy” recommendation, has a 500p target price on the shares. Benjamin May, an analyst at Berenberg, is shooting for 600p. He believes that the possible opening up of the gaming market in Brazil presents the company with a huge potential expansion opportunity, arguing that “Quixant’s level of customer demand and long-term market share opportunity is underappreciated and undervalued”.